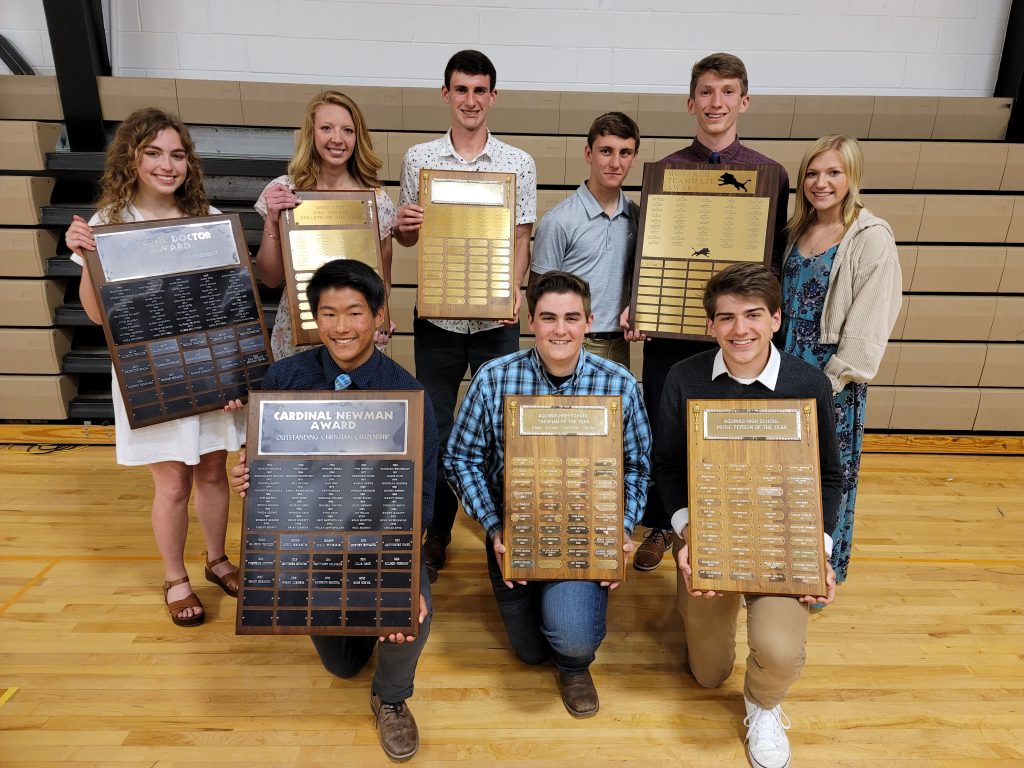 Benjamin Shonka, son of Keith and Karen Shonka, is the Cardinal Newman Award Winner. This award is given to the senior who has best demonstrated character, attitude, and zeal for the Christian ideal and best exemplifies the aims and objectives of Aquinas Catholic.

The Monarch Teammates of the year are Zachary Zitek, son of Dale and Melani; Jake Witter, son of Jim and Jo; and Bethany Emswiler, daughter of Charles and Kristi. These athletes demonstrated a spirit of sacrifice by showing more consideration for their team than for themselves. They are a great example for any athlete who would wear the Monarch jersey. They have shown a Christian philosophy by sharing their time and talents.

The Thespian of the Year was awarded to Simon Kelly, son of Matt and Christina Podolak.

The Music Person of the Year was awarded to Jude Yindrick, son of Bill and Melissa.